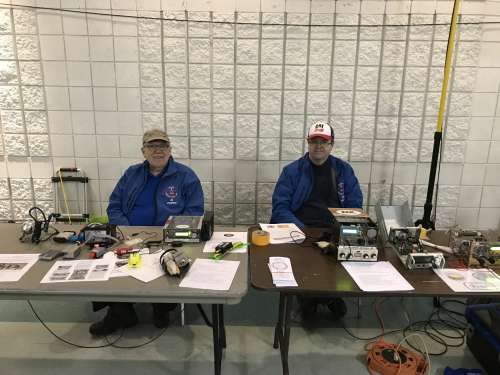 The 2018 Brampton Hamfest was successful as usual. The club was well represented with a delegation from the WAX group showing off a variety of projects. Al (VE3RRD), Eric (VA3EEB) and John (VE3FDZ) were manning the club's display tables. They had a constant stream of questions from attendees. People were particularly interested in the Bit-X kits on display and some of the 3D printed accessories.

Other clubs with displays were the Peel Radio club (VE3PRC) and Mississauga Radio Club (VE3MIS).